We all know Fergusson is a very hot button topic right now in our country.  The death of Michael Brown has sparked outrage on all sides of every issue this event entails.

This post isn’t about the acquittal of the officer who shot Michael Brown or about race, or politics, or anything of the sort.  This post is about the Christian response to Ferguson and frankly, it’s been a little embarrassing at times.

Christians will often tell you that they believe in Jesus Christ as their Lord and Savior.  By saying that we are really saying that Jesus is the person who rules our life, and we trust in Him for eternal salvation as made clear in the Bible.  Any Christian who takes their faith seriously would agree that following the teachings of Jesus and using his life as a model for how we should live ours is basic Christian living 101.

This isn’t to say that we always get it right.  We are after all, human and are prone to our faults just like anyone else.  But the catch is that in our culture, Christians have become so publicly vocal about how to live that we’ve trapped ourselves by not being able to live up to our own standards that we preach from our bullhorns (usually Facebook).  When it comes to Fergusson I’m afraid we’ve made that same mistake.

If there’s one thing I’m seeing lacking in the Christian response to Ferguson it’s  empathy.  There is very little empathy from Christians nationwide for Michael Brown (and the people he represents).  When the jury announced their decision to not indict the police officer my Facebook exploded not with empathy or condolences to brown’s family, but to all the reasons why he deserved to be shot.  Well that’s not completely true.  Usually someone would say “It’s sad that he is dead but…”

“but he robbed a store”, “well he went for the officers gun”.  This might be true, but does that mean that a family is still not mourning the loss of their son?  Is there not a bigger issue at play here?  Why do Christians consistently seem to be on the side of harsh words instead of gentle answers and most importantly how would Jesus respond to all of this if he was here right now?

There are a lot of questions that seem to be lacking answers.  But the one that I’m most confident about is that if Jesus was here, he’d be part of the conversation to help change the culture we live in when it comes to racially charged issues and violence that takes so many of young ones.

Christians have no problem calling Michael Brown a thug yet Jesus chose a few thugs of his own to be his disciples and to change the world.  Tax collectors, violent revolutionary zealots and the like were part of the 12 Jesus chose to announce his Kingdom.  Do you see where I’m going with this?  We are all too often ungraceful in how we respond to such tragedies.

When Christians respond to issues of the day the world watches.  People notice how we say things, how we respond and they don’t forget about it.

Sometimes we can look so unlike the Jesus who said to love our enemies, who told us to love our neighbor as ourself.  We can be so unlike the Jesus who shook up the establishment because he was a bridge between racial lines not a builder of walls.   Yet, we often feel justified in our response to issues like Ferguson because well the facts are right there, and the facts are facts.  Let me tell you, I’m glad Jesus still acknowledges the facts about my life but offers me grace instead of what I actually deserve.

As Christians, we should be the first group of people to sit down at the table and offer solutions on how to stop all kinds of senseless violence because we believe that we have major solutions to contribute but those solutions won’t be heard if we first don’t listen.  The Bible tells us as Christians to be slow to speak and eager to listen and it is so necessary that we put this into practice.

I don’t think anyone wants another Ferguson to happen.  But the only way we can stop things like Ferguson from happening in the future is if we take the time now to come together to listen to the needs of each other and our communities and find solutions together.

“Let me tell you why you are here. You’re here to be salt-seasoning that brings out the God-flavors of this earth. If you lose your saltiness, how will people taste godliness? You’ve lost your usefulness and will end up in the garbage.

“Here’s another way to put it: You’re here to be light, bringing out the God-colors in the world. God is not a secret to be kept. We’re going public with this, as public as a city on a hill. If I make you light-bearers, you don’t think I’m going to hide you under a bucket, do you? I’m putting you on a light stand. Now that I’ve put you there on a hilltop, on a light stand—shine! Keep open house; be generous with your lives. By opening up to others, you’ll prompt people to open up with God, this generous Father in heaven.” 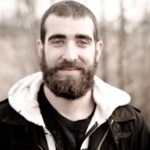